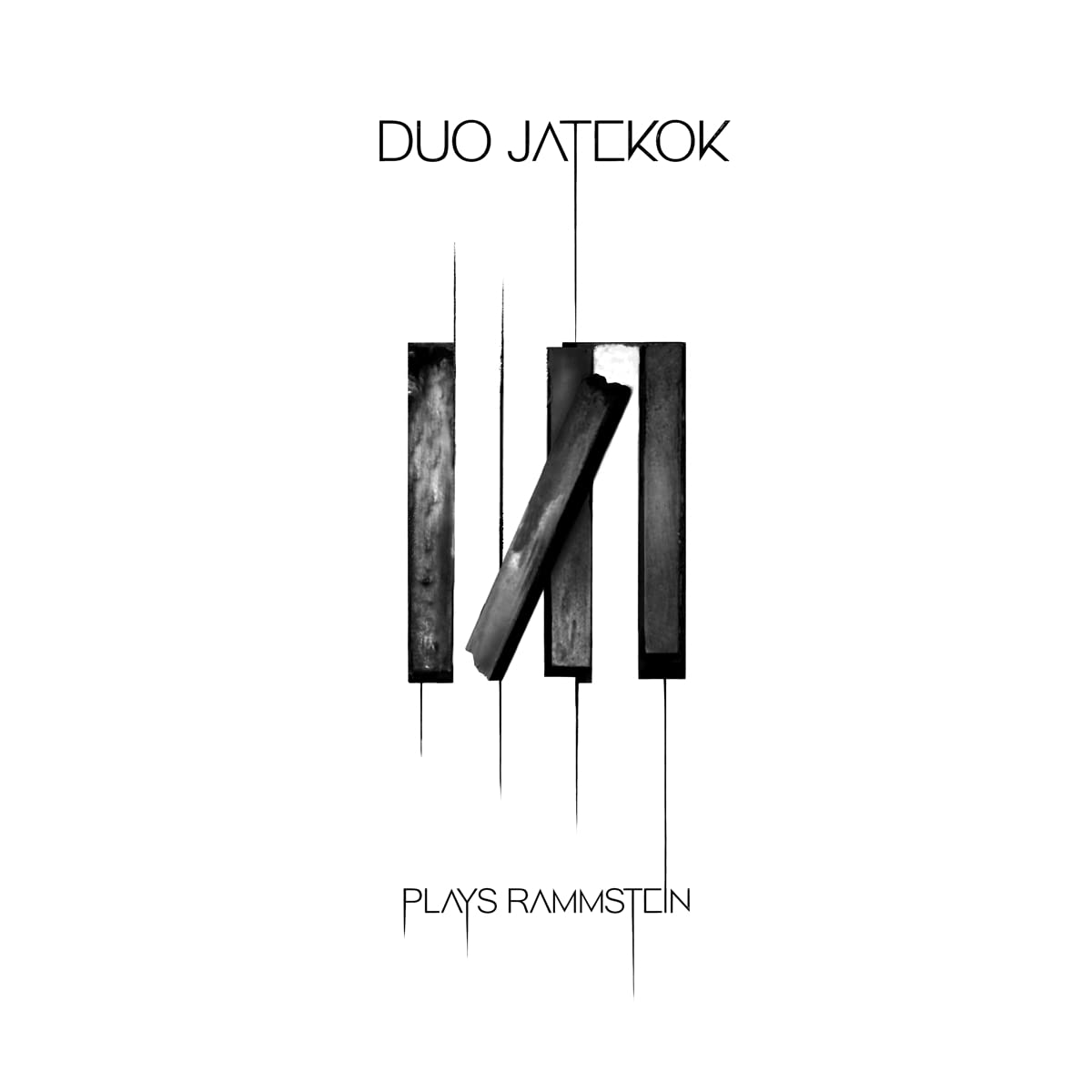 Discover the covers of Rammstein at 2 pianos! Inspired by composers such as Chopin, Debussy, Rachmaninoff or Prokoviev, this recording is an encounter between the world of classical and metal.

Soloists at the Théâtre du Châtelet and the Seine Musicale in Paris, passing through the Salle Flagey in Brussels and the Warsaw Opera, the Duo continues its journey to the Shenzhen Philharmonic, the Hong Kong Concert Hall and the BBC Scottish Hall. In a pianistic dialogue, the French ladies seize every opportunity to present original projects to the public. Poulenc, Dave Brubeck, John Williams or Tchaikovsky, the musical openness of this duo propels them into stadiums in front of more than 50,000 spectators as the first part of the metal band Rammstein. 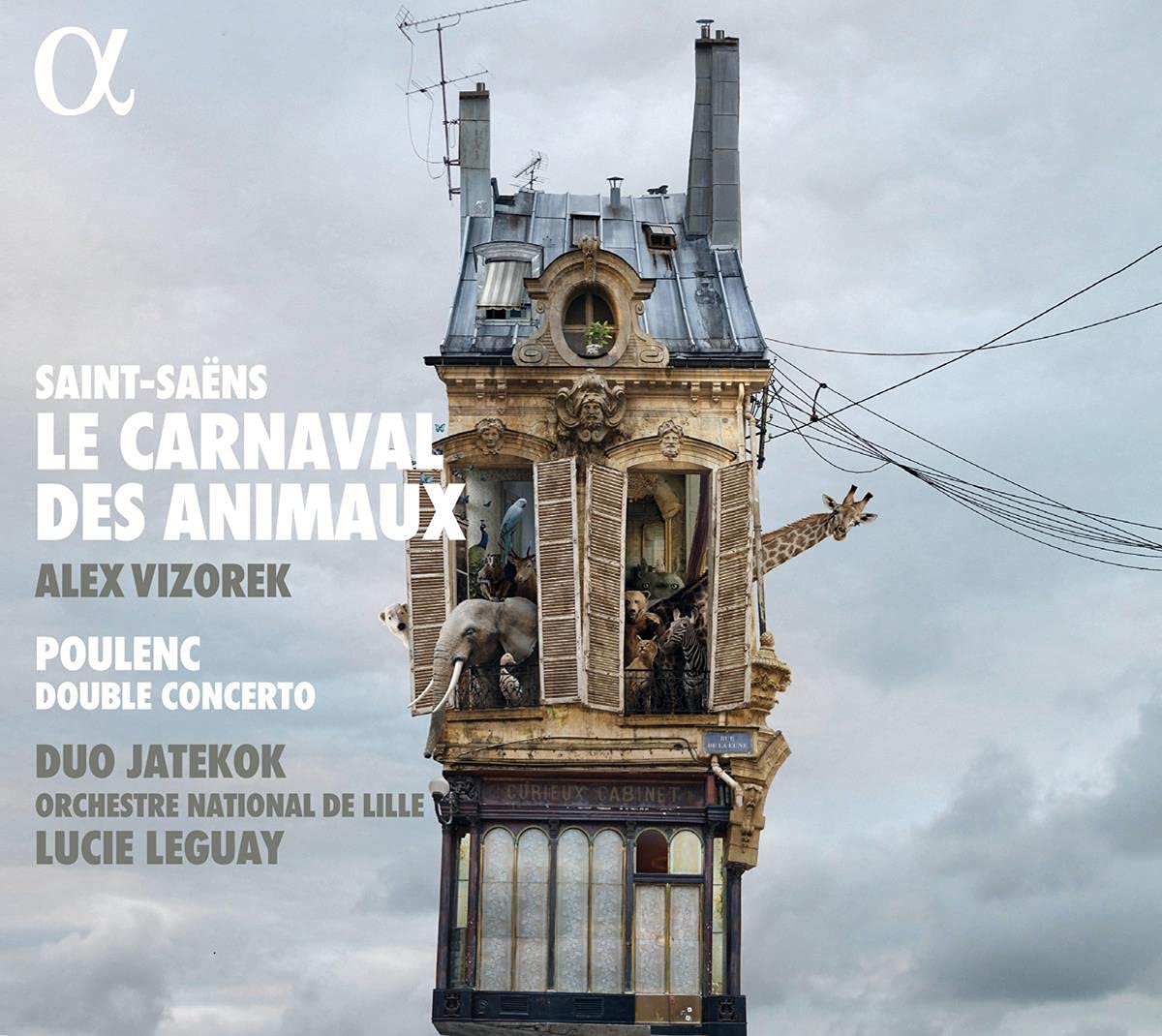 Alex Vizorek revisits Saint-Saëns’s Carnival of the Animals. The French composer never imagined that his bestiary would become one of the most famous works in musical history, a staple repertory piece on a par with Prokofiev’s Peter and the Wolf. The Belgian comedian and actor has rewritten the text of this ‘grand zoological fantasy’, which he narrates here alongside Duo Jatekok and the Orchestre National de Lille under the direction of Lucie Leguay.  To celebrate the centenary of Saint-Saëns’s death in 1921, Duo Jatekok also presents another of his biggest hits, the Danse macabre , in its version for four hands. Naïri Badal and Adélaïde Panaget, the orchestra and Lucie Leguay bring this colourful parade to a close with Poulenc’s flamboyant Concerto for Two Pianos , premiered at the Tenth Venice Biennale in 1932. 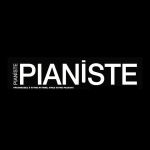 "The stories marry humor and pedagogy through their nods to our time as the duo Jatekok paints musical portraits alongside a formidable team. Suddenly, the hackneyed works of Saint-Saens turn out to be as sparkling as the bright colors of Poulenc's brilliant concerto, perfect complement in this won bet" Pianiste 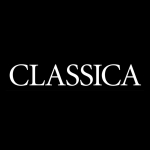 The musical production is perfect, Lucie Leguay conducting the Orchester national de Lille with lightness and humour, and the pianist duo Jatekok is breathtaking, as in Poulenc's Concerto which completes the program, marvelous in its transparency and lightness, with sometimes very lively tempos and fast passages, reminiscent of the spirit of the Carnival finale." Classica 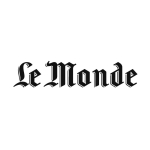 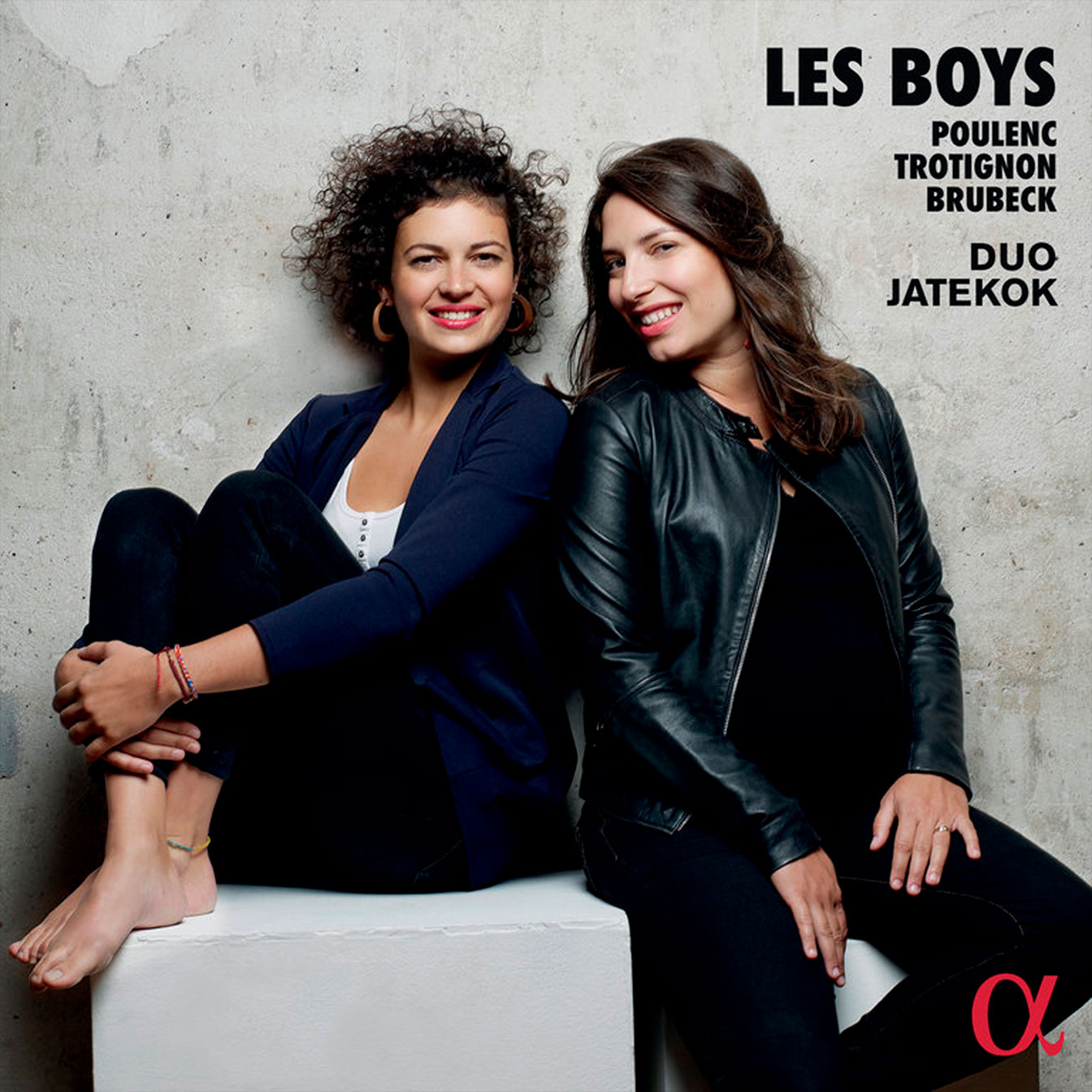 “Les Boys”, that give this programme its title, are the two American pianists, Arthur Gold and Robert Fizdale for whom Poulenc wrote his amazing Sonate pour deux pianos in 1953. A perfect synthesis of the composer’s genius, the Sonate is here associated wiith other pieces that also balance between various aesthetic worlds. Much like Dave Brubeck’s Points on Jazz, Baptiste Trotignon’s 3 Pièces are a marvellous link between jazz and chamber music, each piece being dedicated to a classical master (John Adams, Martha Argerich and… Francis Poulenc). Splendid programme by the duo Jatekok’s “girls”.

These artists get it right with their sense of colour and contagious energy. Cherry on the cake, Poulenc’s Elégie is played with a lyrical and dreamy nonchalance. Pianiste

The Jatekok Duo master the balance between technical constraints and nonchalance in an absolutely perfect and convincing way.. SWR2

The impressive Duo Jatekok pay hommage to a distinguished American piano duo of yesteryear, Golg and Fizdale-les boys of the title The Sunday Times (UK)

Undeniably an original CD”, it must be a joy to play, and the Jatekok “Girls” play to their heart’s content. Throughout all these pieces, they exert tremendous vitality, communicative eloquence, science of colour and astonishing adequation to idioms as different as those of Poulenc and jazzy tunes. On-Mag

Suberbly synchronised, Adélaïde Panaget and Naïri Badal pitch both works to perfection, the dry witnestling nicely alongside the introspection. And Alpha's clse, rich sound is an asset, preventing any hint of sentimentality. The central Elegie is a treat, before a dizzying, motoric finale. Fantastic stuff. A joyous disc! The Arts Desk

The phrasing that these two artists create between each other is only equalled by their impeccable tempo and rhythm, their intense sonority and the ardour they give to these pieces. Great art! Classica
See all… 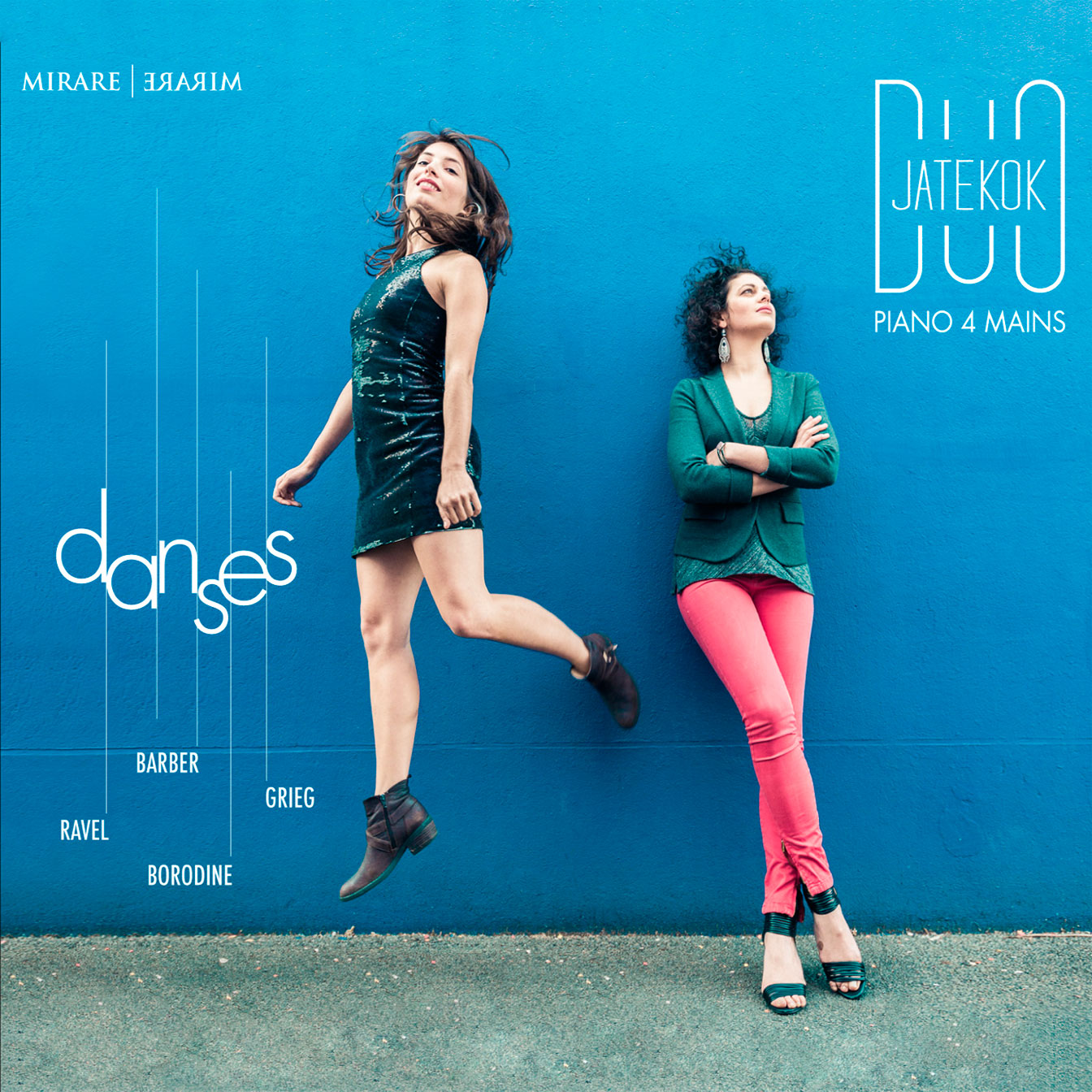 For their first recording, the Jatekok Duo invite us for a stroll around dance through “minature” pieces in their 4 hands piano version.From Grieg’s charm to Ravel’s perfume, from Barber’s humour to Borodines’s radiance, there is not an ounce of monotony in this programme full of optimism, energy and enthusiasm.

On the cover of this first record, they are like playful girls, one wearing a short black lurex dress (Adélaïde Panaget), the other wearing shocking pink trousers (Naïri Badal). The two girls of the Jatekok Duo ("play", in Hungarian), created in 2017, have everything going for them: dynamic rigour and eloquence, expressive keyboard and polyglot touch, and above all, a sort of exhilarating osmosis - two musical and soul sisters. Whether it be Borodine's sensual ardour, Ravel's elegant Iberic vertigo, Grieg's legends' sombre and popular poetry, or Barber's nostalgic humour, their charismatic duo is very convincing. Long live the Jatekok Girls! Le Monde

The Jatekok Duo has just published "Danses", an opus in their image: audacious and colourful. Classica 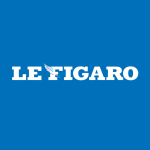 Inventive and passionate, the pianists Naïri Badal and Adélaïde Panaget fail into the category of the great duos, like the Labèques sisters. Le Figaro

For a first record, this is a masterpiece! this record is much more than a visiting card, It allows this new duo into the particularly selective world of important musical groups. Pianiste
See all…

YouTube Spotify Deezer
This site is registered on wpml.org as a development site.